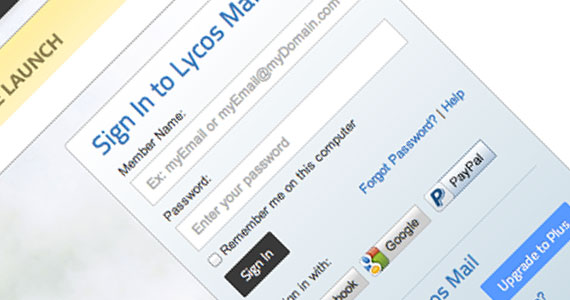 Signing in to Lycos with Google?

I’ve had a MailCity email account since 1998 (wow), then they got bought by Lycos and it became Lycos Mail.  So it’s been through a lot of different iterations in those years, granted it’s not my main email account but I still have the odd thing being sent there.

It’s a shame that the MailCity website now doesn’t work (at least the MX records still resolve).  The email account had a lot going for it over Hotmail in the early “noughties”, namely a user changeable spam filter, plenty of storage (although it did yo yo for a few years), so I liked it.

However Lycos isn’t the only one who is doing this, Yahoo! offer the same functionality too.

It’s amazing that even in the 15 years the Internet has been in the main stream the amount of change and flow from the main players.  Or on the reverse side I could talk about the great opportunities for single sign on across lots of sites.

I’m looking forward to the next 15 years.